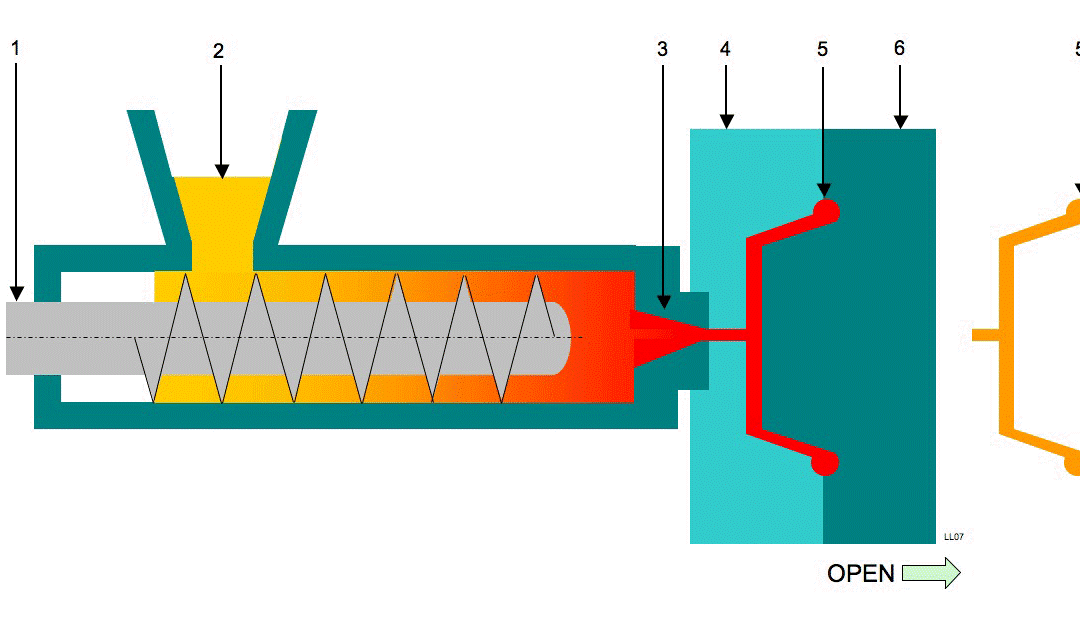 Plastic injection, a technique patented in 1872 that became widespread in the late 1940s, is a commonly-used method for parts manufacturing.

A wide variety of parts, both in technical terms and aesthetics, can be made at a lower cost.

However, the final appearance largely depends on the way it was designed, taking into account the constraints. Designing parts like these requires an in-depth understanding of the specificities of plastic injection moulding, how it works, and the variables that influence the quality of the final product.

This is why it’s vital to take these variables into account before designing the product. To this end, it’s often smart to get the mould manufacturer (the company who will make the injection mould) involved in the development cycle, right from the start, so that their opinion and production guidelines are integrated into the part’s design.

There are 3 essential rules that must be followed:

As plastic injection is a technique which, by definition, allows the creation of thin parts (shells) that can be removed from a mould, not all parts can be made with this method.

Undercuts are sometimes possible, but they require adding additional functions to the mould, which increases the tooling cost. This is why the choice of certain technical functions must take into account the production method used… and the approval of the mould manufacturer. It’s important to always plan ample time for the mould development phase and to decide the shape of the part in the direction it is retouched. It’s always better to alter the mould than to add material to « refill » it. Adjusting a clip is a typical example. It’s best to start with a clip with a « lower » stiffness, in order to « stiffen » it in development.

Moreover, this production method inevitably creates distortion in the final part that are more or less significant. The level of precision is obviously not the same as in the case of machining a metal part for example… That’s why it’s essential to identify the functional constraints that can potentially be impacted early in the design phase in order to modify as needed to mitigate them.

These defects can be caused by a variety of factors. They can come from the way the injection mould’s design or from the moulding conditions.

The difficulty lies in the fact that many plastic parts are cladding parts, which mainly serve aesthetic purposes.

That’s why in order to improve the cosmetics of a part, it’s extremely important to take these constraints into account from the start, when designing the part. That’s when you need to choose the material to be used, the thickness, draughts, parting line, etc.

For example, the injection process creates a texture called « graining ». Even if it takes place in the mould after geometrical validation of the part, it requires a specific angle depending on the depth of the grain. Therefore, the draught angle will need to be taken into account well early on in the design phase.

Again, working with the mould manufacturer is extremely beneficial because the information and advice they provide often saves time and money.

A dual challenge for the design office’s engineers

Within the AMETRA Group, the engineers in the design office will work to reconcile both functional considerations (the parts must perform X and Y technical functions) and a reflection on the part’s appearance.

In aeronautics and the automotive industry, for example, plastic parts are often used as trim. They’re what the end user sees, so their appearance is critical.

Since poor design can generate many cosmetic defects, it’s important to call upon our expertise well in advance to ensure that everything goes according to plan during the manufacture of the plastic part. The part will go through a series of physical state changes that ultimately have a very significant impact on its final appearance.

There are several ways moulding constraints can be taken into account when designing your part. Either you have significant acquired experience (someone who can share their knowledge of mould making with the designers, for example), or you are able to include the mould manufacturer in the process. Unfortunately, often the mould manufacturer hasn’t yet been selected by the client we’re designing the part for.

Nowadays, especially in plastic injection, we’re working more and more directly with 3D models. Similarly, if the mould manufacturer is included « late » in the V-model process, creating prototypes via 3D printing (additive manufacturing) as we go along helps reduce risk and avoid a certain number of unpleasant surprises at the end of the modelling process.

To learn more about the AMETRA Group’s areas of expertise, please visit our official website.

Hey very nice blog!! Man .. Beautiful .. Amazing .. I’ll bookmark your website and take the feeds alsoI am happy to find a lot of useful info here in the post, we need work out more techniques in this regard, thanks for sharing. . . . . . kkfdbdecagdbfdba